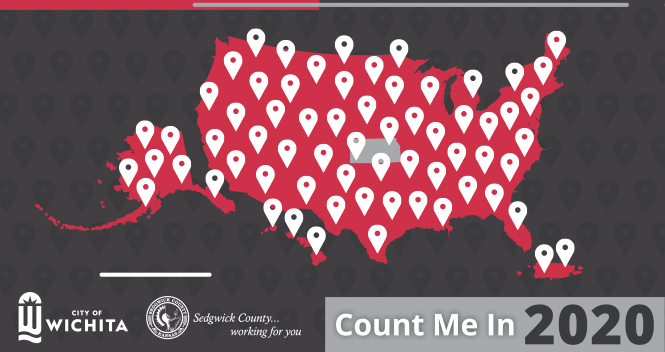 Every ten years the federal government surveys the population of the country to ensure fair Congressional representation by determining how many seats each state will have in the U.S. House of Representatives as well as the redistricting of the state legislature, county and city councils, and voting districts. Accurate census information is critical to planning for future growth, development, and social needs of our community. State and federal funding for social and other programs are made, in part, on census data too.

Census information is confidential and federal law prohibits any public or private agency from gaining access to this data.

Additionally, the survey will not include a question about citizenship.

The median age in Sedgwick County was 35 years.

An undercount in Wichita alone means that the community could miss out on more than $52,000 in federal funding over 10 years for each household that is missed in the 2020 Census.