This page is dedicated to the deputies of the Sedgwick County Sheriff's Office in the state of Kansas, U.S.A. who made the supreme sacrifice in service to and protection of our community.  Music in the video above by Justin Moore “ The Ones That Didn’t Make It Back Home” 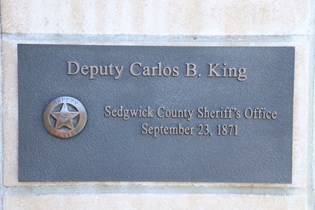 Deputy Sheriff Carlos King was shot and killed in modern-day Harvey County. Deputy King had disarmed one Thomas Edwards for disturbing the peace, and had run him out of town. Edwards re-armed himself and returned to town, shooting and killing Deputy King. Although Harvey County was not organized until February 29, 1872, it is likely that a deputy sheriff was in the county. Although specific sources have not been located, it is possible, based upon similar situations, that King was sent from Sedgwick County. Sedgwick County had the judicial and administrative responsibility for Harvey County prior to and at the time of its organization. It is more likely that King was a deputy sheriff rather than a city police officer. 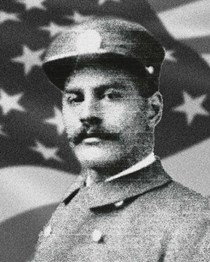 Sedgwick County Deputy Sheriff Frank Hill was shot and killed during an attempted jail break by three inmates. The inmates were using a revolver that had been smuggled into the jail. The escape was blocked by a jail trustee and jail cook. All three inmates were kept in custody and charged with first degree murder and other charges. Deputy Hill had been employed with the Sedgwick County Sheriff's Office for one year. 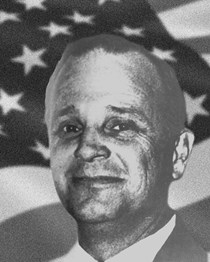 Detective Roy Johnson was shot and killed while attempting to apprehend an escaped prisoner who had shot and wounded a Wichita detective.  Two other deputies were also shot and wounded during the arrest. The suspect escaped the scene but was eventually caught and sentenced to life in prison.  Detective Johnson had served with the Sedgwick County Sheriff's Office for three years. He was survived by his wife and children. 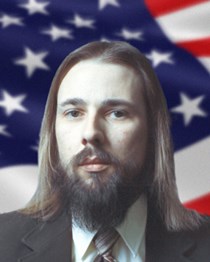 Detective Terry McNett was shot and killed while participating in the execution of a search warrant in Wichita, Kansas.  A man hiding in the home being searched shot Detective McNett. Another officer shot and wounded the suspect.  The suspect was convicted of second-degree murder, aggravated assault of a law enforcement officer, selling cocaine, and possession of heroin. He was sentenced to 111 to 330 years in prison.  Terry had served with the Sedgwick County Sheriff's Office for nine years and was assigned to a Drug Enforcement Administration task force at the time of his death. He had previously served with the Haysville Police Department. He is survived by his wife, daughter, and son. 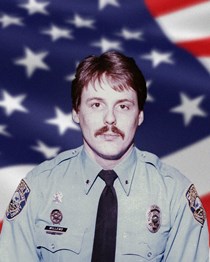 Deputy Sheriff Christopher Willems was shot and killed while conducting a traffic stop in a parking lot at 1104 West 31st Street.  While questioning the three occupants he grew suspicious of one of them. The man, who had an outstanding warrant, had given Deputy Willems his brother's name.  Chris was granted permission to search the van and he located a small amount of marijuana. As he placed the suspect under arrest a struggle ensued. During the struggle one of the other men grabbed a .357 caliber revolver from the van and shot Deputy Willems in the leg and then in the head, killing him.  The suspect who had struggled with Deputy Willems and the one who shot him were both convicted of his murder and sent to prison. The third suspect, who had run from the scene prior to the shooting, was not charged.  Chris had served with the Sedgwick County Sheriff's Office for 7-1/2 years. He is survived by his wife and two daughters. 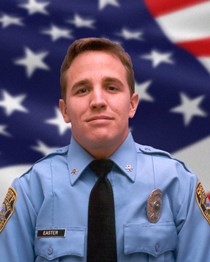 Deputy Kevin Easter was shot and killed by a 14-year-old offender following a brief vehicle pursuit of a stolen car after he attempted to conduct a traffic stop.  The vehicle crashed in the area of Range Street and South Fork Street and one of the occupants fled on foot. Deputy Easter pursued him a short distance before being shot.  Wichita Police Department officers responding to back him up found all of the juveniles next to the car with one of them suffering a bullet wound in the leg. All of the juveniles were arrested and a search for Deputy Easter was commenced.  Deputy Easter was found nearby suffering from a gunshot wound. He died later during surgery.  Deputy Easter had served with the Sedgwick County Sheriff's Office for 2-1/2 years. 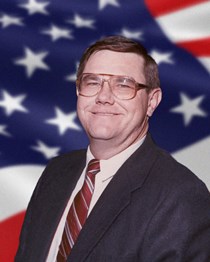 Sergeant Kenneth Snider was stabbed to death after responding to a domestic disturbance at a house on the 4500 block of South Juniper Place.  He and three other deputies had responded to the call and were assessing what was happening when the suspect ran through the house. All the deputies followed and a struggle ensued by the back door. Within a matter of seconds, the suspect pulled a knife and stabbed Sergeant Snider in the back, severing a major artery. He attempted to stab the other deputies but was subdued.  Sergeant Snider was pronounced dead upon arrival at a local hospital. The suspect had a history of mental illness and was well known to police. He had been arrested in the past for battery on a law enforcement officer and was on parole at the time of the attack. In August 1998, the suspect died during a struggle with detention deputies at the Sedgwick County Detention Facility while incarcerated during his trial. Deputy Snider had served with the Sedgwick County Sheriff's Office for 20 years. 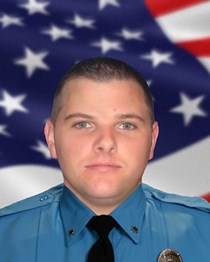 Deputy Brian Etheridge was shot and killed after responding to a false report of a larceny.  Deputy Etheridge was shot twice from ambush after arriving at a house at 3636 South Rock Road where the larceny was reported. He was transported to Wesley Medical Center and underwent surgery, but he succumbed to his wounds. The suspect, a 27-year-old male, was spotted in a field about a quarter-mile from the shooting and was fatally wounded as he exchanged gunfire with law enforcement officers.  Brian had served with the Sedgwick County Sheriff's Office for 18 months. He is survived by his wife and daughter. 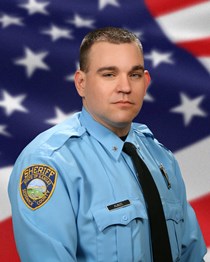 Deputy Sheriff Robert Kunze was shot and killed while investigating a suspicious person call in a rural area near the intersection of North 295th Street West and West 21st Street North.  He arrived at the scene and made contact with a male subject in a stolen vehicle. During the encounter he and the subject exchanged shots and both were fatally shot. Deputy Kunze's backup officer arrived at the scene and located Robert suffering from a gunshot wound.  Deputy Kunze had served with the Sedgwick County Sheriff's Office for 12 years and had previously served with the Shawnee County Sheriff's Office for six years. He is survived by his wife and child. 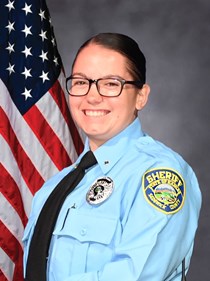 Deputy Sidnee Carter was involved in a two-vehicle collision at the intersection of 135th Street West and 29th Street North in Sedgwick County, Kansas. Deputy Carter died at the scene. Deputy Carter began her career with the Sedgwick County Sheriff’s Office on September 8, 2020. She graduated with her detention class on December 3, 2020 and served on both first and second shift soon after. She was selected to join the Law Enforcement Bureau on February 14, 2022 and graduated the Patrol Academy on July 21, 2022. She completed her field training on October 1, 2022 and hit the roads on her own. She is survived by her parents and siblings.