On August 10th, the Board of County Commissioners approved its 2017 budget of $424.2 million, which represents a 2.4 percent increase over the 2016 revised budget for all operating funds. After two public hearings and an online hearing, the County's Manager's recommended budget was adopted with two adjustments: Commissioners reinstated a position for the Community Health Improvement Program (CHIP), which was eliminated in the 2016 adopted budget. Also, the CIP was amended so that $1.5 million in funding for the Cold Mix and Gravel Road Replacement Program was reallocated to the Preventive Maintenance on Selected Roads Program in 2017. As adopted, property tax rates are estimated to be 29.359 mills for Sedgwick County and 18.371 mills for Fire District 1. 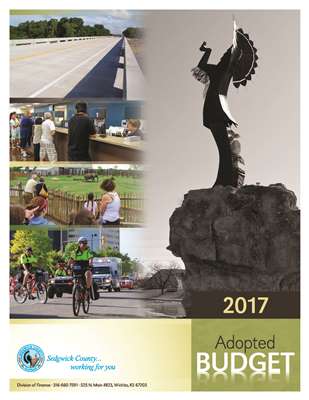